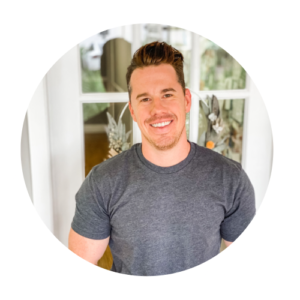 The Dangers of NSAIDS and PROVEN Alternatives You Can Use

NSAIDS are super dangerous despite their over the counter availability and despite the fact that doctors write prescriptions for them like candy.

I can’t get over the number of patients who come in my office on these drugs and who have never been told by any health practitioner that the anti-inflammatory drugs they have been prescribed carry a cardiac risk,  gastrointestinal risk, and increased instances of alzheimer’s disease.

NSAIDs are one of the most commonly used medications in the United States for pain relief and reduction of fever and inflammation – more than 23 million people use them on a daily basis. Although generally safe when used properly, when used improperly, NSAIDs can cause severe adverse events affecting the digestive system, kidneys and heart. The new study shows that NSAID usage poses an even higher risk to heart attack patients than previously thought.

Alzheimer’s: One study shows a strong link between NSAIDs (Celebrex) and alzheimer’s in more than 2,700 patients followed for 12 years.  The newer drugs like Celbrex also increase your risk of sudden death.  This is directly from Pfizer’s web-site:

Myocardial infarction in about 1% of patients?  Can you imagine if 1 in 100 patients receiving a very common medical procedure like an injection in a doctor’s office were at risk for an MI?  There’s no freaking way that would ever be allowed.

GI: What about the spontaneous GI bleeds that commonly happen when you take NSAIDS for 60 days. This is a direct quote from a study: “On average 1 in 1200 patients taking NSAIDs for at least 2 months will die from gastroduodenal complications who would not have died had they not taken NSAIDs. This extrapolates to about 2000 deaths each year in the UK.”

It’s not my opinion, the scientific literature shows  NSAID’s are high risk drugs.

Comparing their relative risks to common medical procedures is very helpful.  If there was a common surgery that had a mortality risk of 1 in 1,200 and an MI risk of 1 in 100, it would be considered too risky to undertake in all but the most dire circumstances.

So what are your alternatives?

Note: It depends on the type of inflammation & pain you are dealing with in terms of my individual recommendations. Taking a handful of pills isn’t going to help if they aren’t the right type for your specific situation. This is where working with a well trained practitioner who can help uncover the root cause of your problems and provide treatments beyond just a pill is necessary. The good news is that for most pain conditions the combination of dry needling and electro- acupuncture has been proven to be effective at reducing the pain and increasing your ability to function and move. This means long term results that don’t require surgery.